More than 200 children remain abducted in Nigeria amid ‘kidnap epidemic’ 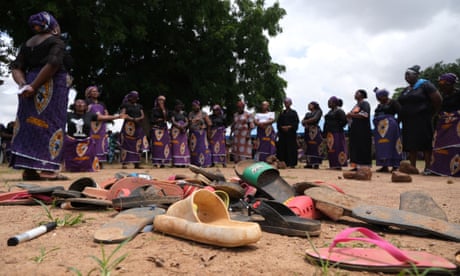 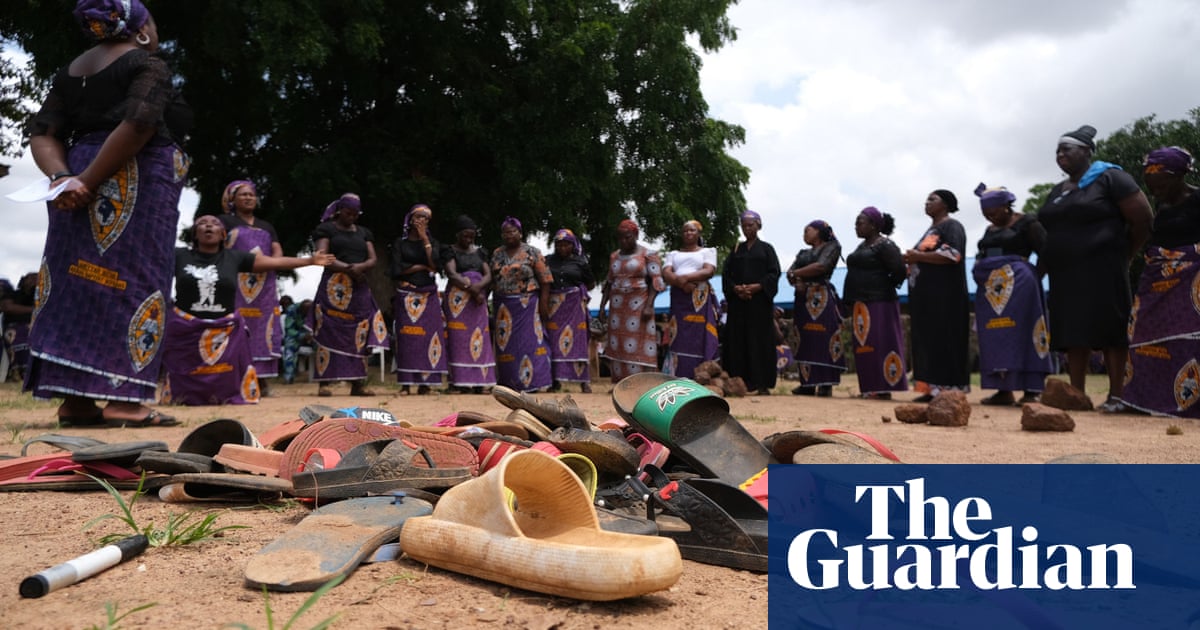 A startling absence of security and – according to many communities – a reluctance to meaningfully engage armed threats have rapidly turned much of northern Nigeria into a haven for kidnap gangs and a hell for thousands of families. Many of the victims are schoolchildren, with several mass kidnappings this year, mirroring and eclipsing the kidnap of almost 300 Chibok schoolgirls by Boko Haram in 2014.

For many in Nigeria, dismayed at what some have described as a “kidnap epidemic”, the security crisis is borne of a litany of government failings. The crisis threatens to derail attendance in schools in a region where high child illiteracy rates and child marriage have been prominent concerns.

In May, Danboye Bege’s 16-year-old daughter, Louise, was among 128 students abducted as they were preparing to sit exams on 5 July at the Bethel Baptist School in Kaduna, northern Nigeria.

Last week, Louise and 27 other students were freed after ransom payments were given to kidnappers, locally known as “bandits”. Six students fled from the assailants while 87 – some as young as 11 years old – remain held captive.

“My daughter is getting herself back now, she is strong and in her full senses,” he said, after she was held for 22 days in a forest camp. But to get her back, he had lost everything, he said.

“I sold all my belongings. I sold our permanent house. A plot of land I had acquired, I had to sell for the release of my daughter,” Bege said. Many relatives of the kidnapped are still desperately trying to find ransom funds, mirroring the experiences of thousands this year alone who have been terrorised by armed groups.

Gangs of bandits, estimated to number more than 3,000 across the region, have plunged ordinary life into a permanent state of fear. Mass attacks in towns and rural areas by groups of marauding, heavily armed men have flourished, with the group of bandits operating from the haven of forests spanning across central and north-west Nigeria into Niger.

Many of the bandits are thought to be Fulanis, an ethnic group with a historic culture rooted in nomadic life and cattle-rearing spread across west Africa. As grazing routes have become private land or have diminished entirely due to the effects of the climate crisis, conflicts with farmers have spiralled.

A rise in militancy by thousands of young and disaffected Fulanis has emerged as the most deadly security crisis in Nigeria, with conflicts and mass attacks claiming more lives in recent years that the jihadist insurgency in the north-east.

As the economy has suffered, and poorly funded local security forces proved incapable to respond, kidnap-for-ransom attacks have become a lucrative crime. The freedom with which kidnap gangs have been able to operate have caused widespread despair in Nigeria, with many accusing President Muhammadu Buhari’s government of failing to address the situation.

As bandit gangs have flourished, a mix of conflicting approaches and operations by local and federal governments have failed, according to Murtala Abdullahi, a security and climate expert in Nigeria. “The security intervention in the north-west is a reflection of the broader problematic way politicians respond to security issues in the country,” he said. “It’s reactionary and heavily dependent on military force. We have also seen mixed approaches, dialogue [with the armed groups] and non-dialogue, in the absence of a strategic framework or strategy.”

Arms amnesties, controversial “peace deals” and even direct payments have all been deployed by government officials to little effect. Repeated military operations against forest hideouts, including airstrikes, have also been launched. Last month, an air force jet was shot down in Zamfara state, in north-west Nigeria, the Nigerian air force said, with the pilot surviving the crash. The incident has raised concerns about the increasing capability of the armed groups in the region, with some fearing they may have made alliances with jihadists.

Kaduna state government, like a growing number of local authorities, has refused to pay ransoms or negotiate with bandits. In April, the governor, Nasir Ahmad el-Rufai, said: “I mean it and I will say it again here. Even if my son is kidnapped, I will rather pray for him to make heaven instead, because I won’t pay any ransom.”

Yet for poorer, more exposed communities, facing threats to life and ransom payments, the government’s stance has sparked anger. According to Nigeria’s statistics agency, 40% of its adult population live on less than $1 a day.

Ahmad Idris’s nephew, 25-year-old Hamza Nasiru, was among 23 students and staff kidnapped from the Greenfield University in Kaduna, on 20 April. Bandits started their demands at 800m naira (£1,400,000) for their release. “How many of the relations even earn 50,000 naira (£87) [a month]?” he said. “You can imagine the pain facing us. How can you find that money without major help?”

Beyond the frequency of attacks, what has caused greater distress is the freedom with which kidnappers have acted, not bothering to conceal their identities to victims, calling families from registered telephone lines, calling radio stations where children have been put on air to plea for their lives, and operating from forest camps known to security officials.

In the days after the Greenfield kidnapping, the bandits began contacting the families of the students and making themselves known to them.

“His name is Baleri, he’s the group leader,” Idris said. “He’s the one who used to call and say if we want the children alive, we had to pay. This group leader is still using the same number! And his number is with the security agents and everybody. At any time you call it, you will talk to them,” he said.

Increasingly emboldened, bandits have courted public personas, even appearing on the radio. In May, Baleri, the kidnap gang leader, and Hamza, Idris’s nephew, appeared on Voice of America Hausa radio station. A clip of the interview is being shared among the families of the abducted and in the community in Kaduna.

“The journalist asked Baleri on the whereabouts of the children and then, in that same interview, we were being made to hear from some of the children, and it was Hamza,” Idris said.

“The journalist asked him how he was doing there in the bush [forest]. Hamza told the journalist that they killed five of the students in front of them.” The bodies, together with that of a member of staff killed by the bandits, were carted to the school grounds.

On 29 May, students and staff were returned after a ransom payment of more than 100m naira, Idris said. Yet what remains a source of pain for the relatives of the kidnapped is that the assailants have not been pursued.

“Even after they were freed, did they go after them? Did they go to their camp in the bush? So what is the reason behind saying you do not give ransom when even after we put the money together to pay, you don’t do anything?” Idris said.